In 1819, during the Tinkering Prince’s Regency, Loveday Penhale, a young inventor living next door to the Trevelyan estate of Gwynn Place, and Celeste Blanchard, a young French aeronaut running away from an unwanted marriage, join forces against the technological might of Napoleon in a desperate attempt to save England. 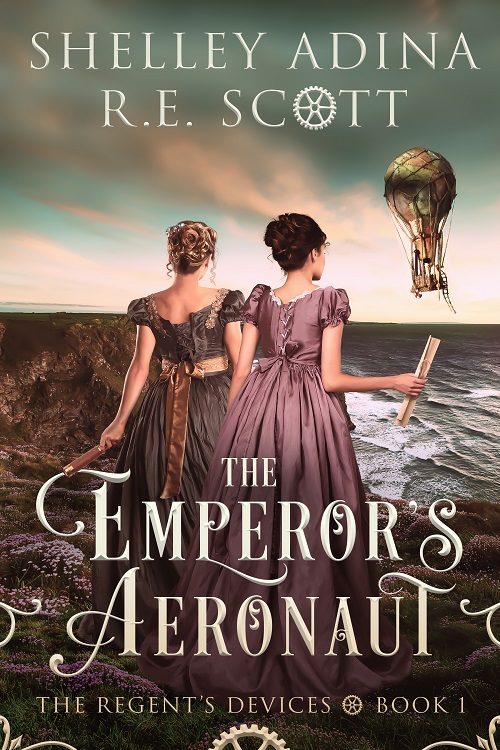 In 1819, France is surrounded by armies. Celeste Blanchard, daughter of the Emperor's disgraced Air Minister, is running out of time to develop an air ship that can carry his armies to England and restore her mother to glory. But on a daring and desperate test flight, she is blown off course … and washes up, half drowned, on the shores of Cornwall, in the heart of enemy territory. Loveday Penhale, cosseted daughter of gentry, has her own inventions to build, even as pressure mounts to behave like a proper young lady and seek a husband instead of a design for a high-pressure steam engine. But when Arthur Trevelyan, heir to the neighboring estate, Gwynn Place, asks for her help in rescuing an unconscious young woman on the beach, Loveday discovers an aeronaut and an inventor as skilled as she is. Can friendship prevail in the face of war? Or is there a third solution-one where everything hinges on the bravery and daring of a Cornish debutante and the Emperor's aeronaut? "A witty and whimsical flight of fancy." -- Booklist 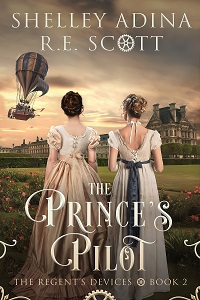 Cornwall is agog at the daring of the two young lady aeronauts who, earlier in the summer, flew nearly to France and back in their homemade air ship. Much more is riding on Loveday Penhale and Celeste Blanchard's new and improved vessel-they plan to win the Tinkering Prince's prize, offered to anyone who can help England win the war against Napoleon. To their dismay, they must take two local gentlemen aloft to report on the ship's capabilities. While Captain Trevelyan and Emory Thorndyke are welcome in drawing room and ballroom, their presence on the air ship proves disastrous. Wildly off course, Loveday barely manages to bring the vessel down safely-in France! Now it is up to the gentlemen to keep the newly designed ship hidden while Loveday and Celeste secure supplies for its repair from Celeste's former home, l'Ecole des Aéronautes in far-off Paris. But much has changed since Celeste left the capital, and enemies lurk in its very walls. Can she and Loveday stay alive in this nest of vipers long enough to help their stranded friends? Before their beautiful air ship is captured and used to attack England?

The Lady's Triumph, September 28, 2022. Can two ladies triumph in war and in love, all while developing the world's first airship armada?